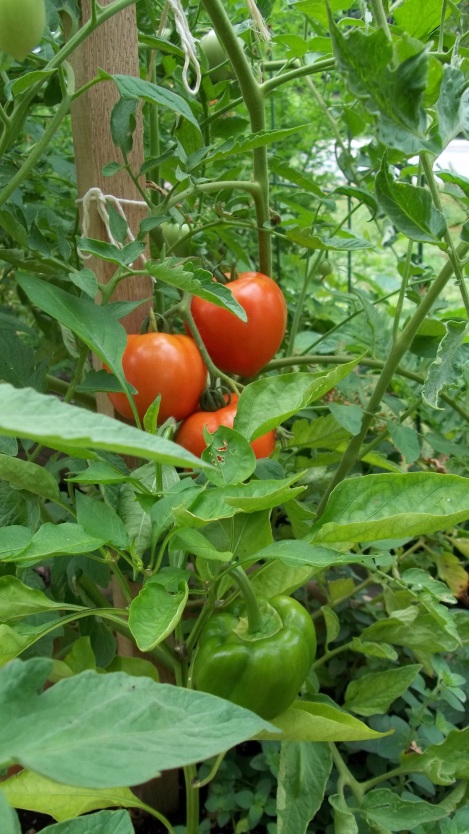 I’m planning a bigger garden this year.  I had a little bigger one a few years ago, and had some problems.  Rabbits were the problems.  I planted four tomato plants one year, and went out the next day and they were………gone.  Darn, rabbits.  So I used some wire fencing to put around new tomatoes till they got big enough to not be tasty to a rabbit.

There’s a woods behind my house and a grave yard beside the woods.  Rabbits run all over here,  with their only dangers being traffic if they cross the road, and some red tailed hawks.  So, we have rabbits.

Years ago I put up a small fence in an area where I wanted to plant lettuce and red beets.  That worked.

So today I went to a farm and feed store and got some nice metal fencing called Rabbit Guard.  Not as high as I expected it to have to be.  Asked a man who came there to help me if this was tall enough, really, rabbits can’t jump over that?  No, rabbits won’t get up over that fence.

So I have stakes to use to hold the fence up and make it the shape I want, and when it comes time to till the ground and plant, I’ll go and put up a little fence.  I want to plant romaine, collards and red beets in there. That’s a salad buffet for rabbits.  But the rabbits will have to sit outside and wish,  I hope…….

My son, who is not an eater of collards, had what he thought was a perfect no-fence solution.  He said I should plant the romaine and beets in the center of a circle and put the collards all around.  A fence of collards!  He said: give the collards to the rabbits so they leave the other stuff alone: that’s all collards are good for!

Well I like my collards as much as the rabbits do.  So I’ll build a fence.  Sorry, rabbits.

13 responses to “How high can rabbits jump?”