In a town 22 miles away, they have a fun street festival called Amani. http://www.amanifestivalcarlisle.com

Amani means peace in Swahili.  The festival is about multi culturalism and diversity. It brings the community together to celebrate those things and lets everybody have some fun.  And good food! They shut down several streets and you can just stroll around and enjoy the whole thing. The weather was perfect too.

There were merchants with so many different kinds of things to sell.  Quite a few food vendors of foods from different countries.  Live music of several different kinds was playing thru the festival area.

I had some good Chinese stir fry with noodles, made to order with what I wanted in it. Then I had a walk-away sundae, with good ice cream.  So I was bad, lol, but it was good.

At one edge, they had a family drum circle, and that was so good. 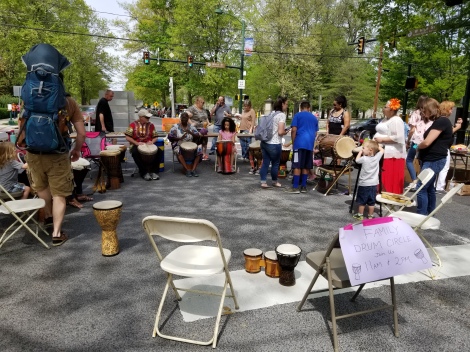 There were some animals.  A dog park had a stand there and people could pet the dogs.  (There was some barking, but no dog fights.) Lots of people brought their own dogs along, on leashes and some even in carriages.

An alpaca farm brought two young alpacas who had just had their hair cut, and they had alpaca yarn for sale, and things made from the yarn.

Some people who sell exotic snakes were there; one guy was wearing one of his snakes! 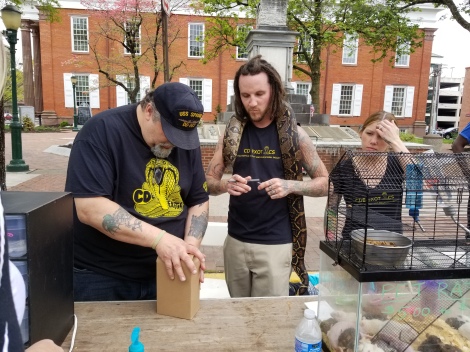 It was a day when people of all different backgrounds, religions, and races came together to enjoy the festival, the weather, the food, and the enjoyment of celebrating each other, all together. The world could take a lesson from this town, and this festival. So Amani, peace.

This is held annually and if you’re in the area, you should go next year.  Check their website above for details.

12 responses to “Amani, a fun festival”