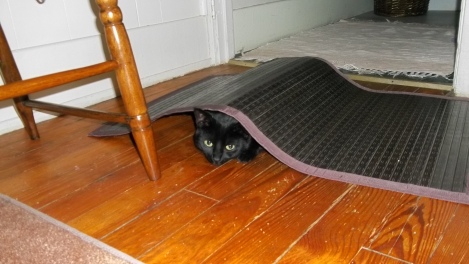 I’d like to hide too, MaChatte, but your body makes some of your rules.  I’ve had a really bad shoulder for a while now, have to baby it when reaching out or up.  (Washing windows, hanging curtains, doing some other things including some garden work brings on several days of pain.)  I had it checked out a couple years ago by xray and it was determined to be arthritis in the shoulder joint.  My family doc always says getting old is not for the faint of heart.  He’s 2 years younger than me, and he’s so right. And it was getting worse, so, time to go see my favorite orthopedic guy.  I got to know the man and his skill at surgery and surgical reputation,  and also his general, very nice manner, when I was working and took two of my clients to him for successful ACL knee surgeries. (One involved cadaver tissue, and I had to explain to the client what that was…..it wasn’t a real good day for the guy.)

My family doc had me get an xray and the orthopedic doc looked at that, and said he can go in and clean that joint up for me, arthroscopically, thank heavens; four small cuts, not one big one filleting my shoulder.  Then he said, let’s get an MRI just to be sure we know what we’re looking at in there.  I had told him it sometimes feels like an ice pick going thru my shoulder, and he said he can remove that ice pick for me.  I really like this guy.

Closed MRI, 30 minutes, plus 20 minutes more in different positions, and all of those hurt, but we needed the test.  I’m not claustrophobic but I’ve heard horror stories from people who are, stories about screams that can be heard out in the parking lot. Something about: let me OUT.  I’m glad not to be claustrophobic.  Then back to the orthopedic doc to talk about the results.

Well, he said, now it gets complicated, cos there is arthritis, which we knew, and a rotator cuff tear, which we didn’t.  And, this is a much different kind of surgery and I won’t be allowed to drive for 4-6 weeks.  Do I still like the guy?  Well yea, cos I need to be realistic, and I do still like him.  He’s the guy who can fix me up. But he has to write in my medical record that I’m required not to drive after this surgery, keeping the joint immobilized 4-6 weeks while the internal sutures heal the tear.

Immobilized means never using that set of muscles and tendons to move the arm, so you get fitted for a sling.  Now to me, a sling is a bandanna tied in a triangle and put around your neck, with your arm in it. (Good old first aid courses…) But no, a sling to immobilize the shoulder joint also goes around your waist and your elbow is attached to it at the waist, so all the movement you can do with the sling on is movement from your wrist.  (It looks to me like it might be more appropriately called a harness, like maybe a leash should be attached, or, does anybody remember corsets? I have to laugh a little here, cos laughing always  makes things better, I think.)  You wear the sling 24/7 for the 4-6 weeks except in the shower. (And when it’s off to shower, you must still remember to imagine your elbow is attached to your waist, or risk tearing internal stitches.) You  know how you use both hands to wash your hair?  Well not anymore you don’t.

I’ve been practicing things using only one hand plus small movements of the other hand at waist level. It’s really going to take some getting used to.  Thinking of all the things I do two-handed and then imagining (for now) duct taping my elbow to my side.  One of the only good things about it, and I have to look for the good things, is it’s not my dominant hand.  And, after the sling is off, and then several months of PT to strengthen the shoulder muscles, there will only be a few  limitations for the several months after that. Hmm, yea I  need to see some good things, and having it done in the depth of the winter, when I like to hibernate anyway, is one. (Having retired a year ago and giving myself the ability to hibernate, priceless!) Having a good surgeon to do it right is the real big one.  Planning to be able to do most of my garden work in the spring is one. Knowing ahead of surgery that this is more difficult, has so many limitations after, and not being surprised with a new set of life rules after waking up from anesthesia is really  also a big one. That would have been a real shocker, and this way I got to do a lot of planning ahead for some things to make this all a little easier.

He said 4-6 weeks.  I asked what the distinction between 4 and 6 weeks is.  He said it will depend on how the surgery actually goes once he gets in there, and how well I behave myself during the first couple weeks of the healing.  Oh doc, I intend to behave myself very well, to get this all over with as quickly as possible.  It’s still January now and not driving will be a real pain, and needing to make all these daily activity adjustments will be a real pain, but  having the shoulder pain mostly gone by late spring is…….the ability to grow stuff!  My best time of every year.

More later, including how my attitude holds up, and how much my language deteriorates, lol.  Surgery is scheduled for the end of January. 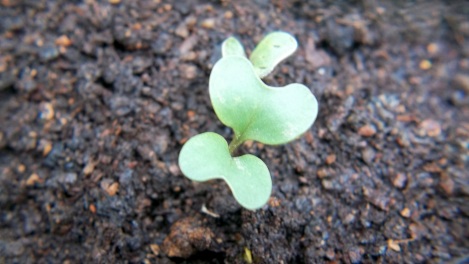