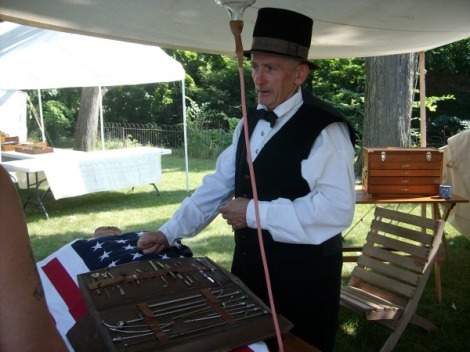 March to Destiny, http://www.marchtodestiny.org/    is always a wonderful time of celebration of our history.  This year is bigger and better yet, since it’s the 150th anniversary of the start of the  Civil War. Shippensburg will be filled with re-enactors, activities, special presentations, music, food, and a street skirmish that has to be seen, cos it can not be accurately described. 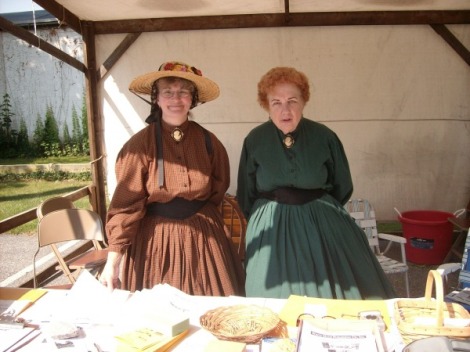 The Street skirmish is  on Saturday afternoon at 3.  Here are pictures from last year.

On the very hot afternoon of 6/26, two armies went together in battle on the streets of Shippensburg! Well, they were small armies, and they were re-enactors, but the Street Skirmish at the March to Destiny is very real. You can hear it, and feel it, and smell it!  A real skirmish did happen on the streets of our town during the Civil War, and it is re-enacted by local Civil War enthusiasts every summer during March to Destiny weekend.  In a battle, you would expect people to be injured, or killed, and the wounded in this battle  fall down, and medics and doctors take  them away to safety as quickly as they can to  give aid. 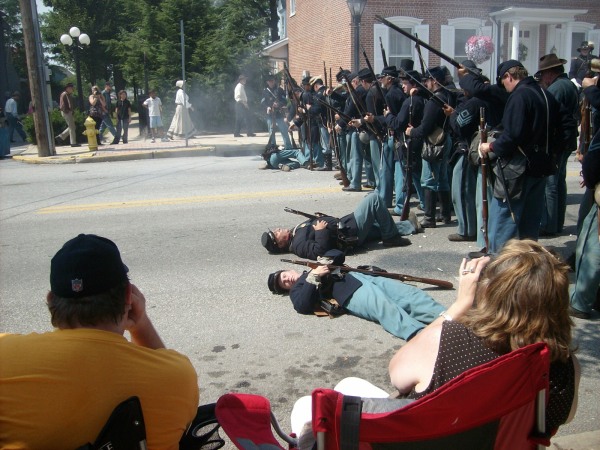 And Friday night, they do the most authentic and amazing thing, so real that it’s eerie. They will block King Street off to traffic and put luminaries along the sidewalk.  Soldiers will then patrol that area,  just as they did during Martial Law, in our several days of occupation.

March to Destiny is a wonderful time in our town.  It’s good to celebrate our local history, and there are all kinds of fun and educational experiences for everyone.  And don’t forget the good food in the little village set up behind the Library on Saturday! Here are more pictures from last year in the village. 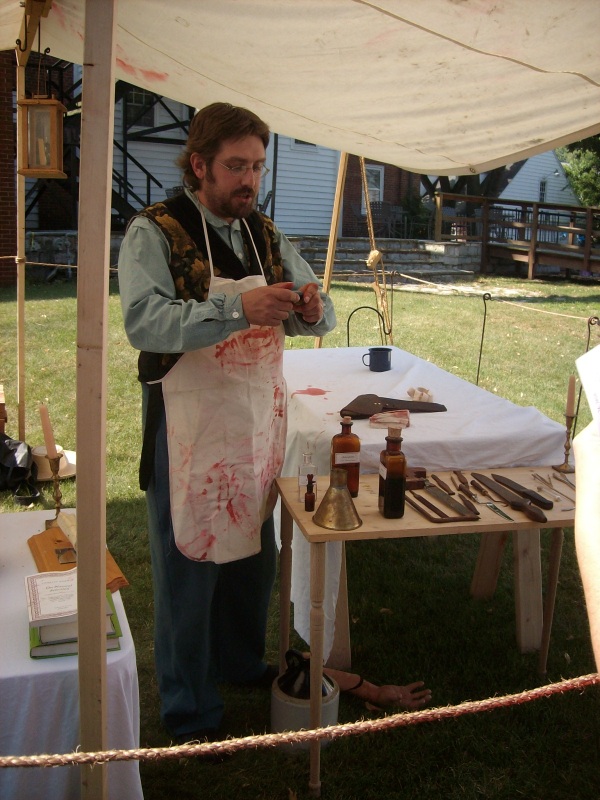 The doctor had quite a lot of medicines with him. 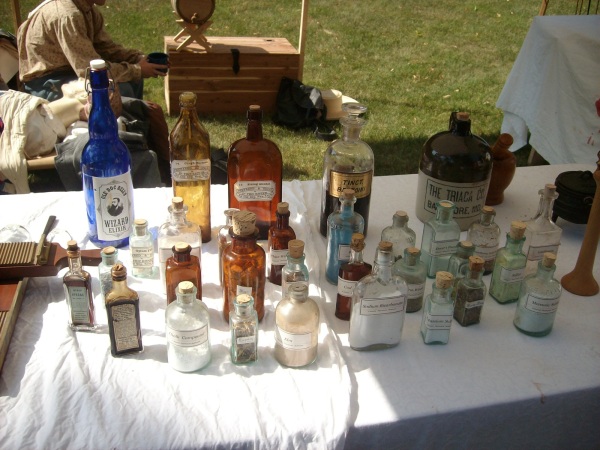 People dying out on the battle field required the embalmer to be there.  He explained the whole process of embalming and the necessity of it at that time. 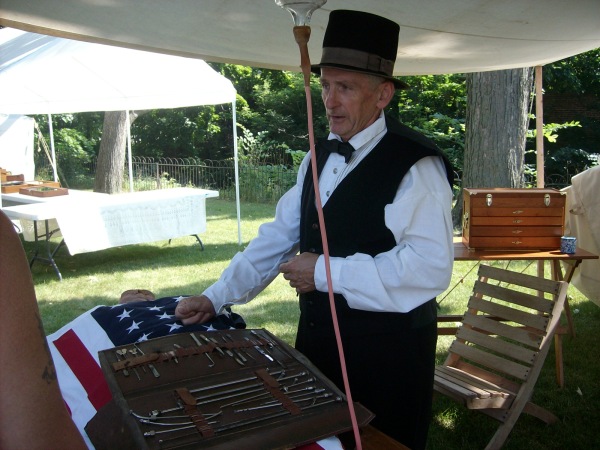 He had his tools with him. 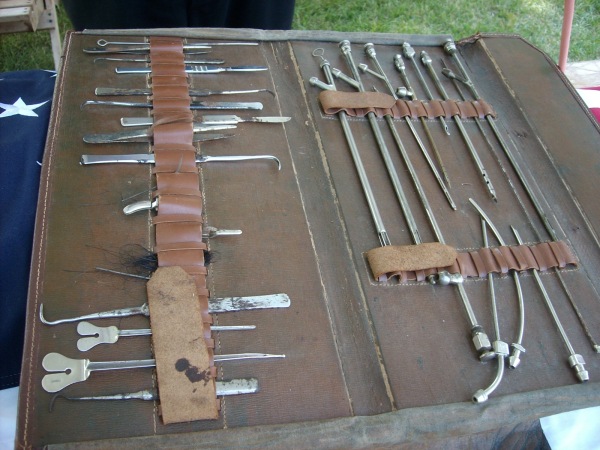 But it was also a village of every day activities just as any village would have been at that time.  There were two young people playing a game called Game of Graces. 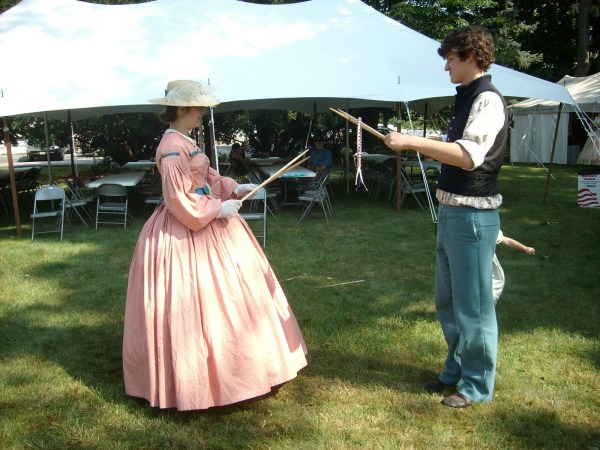 The blacksmith was there, making necessary tools that people used every day. 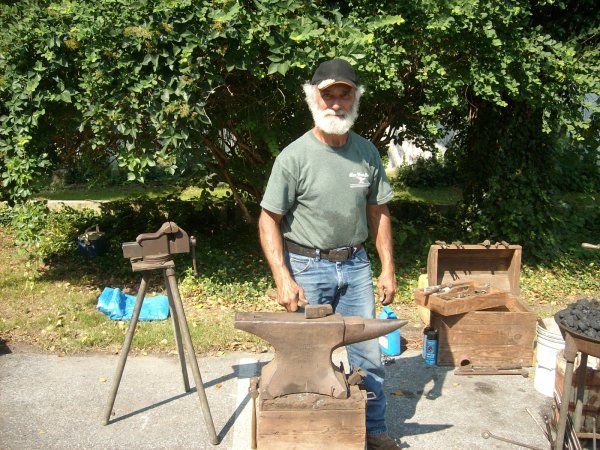 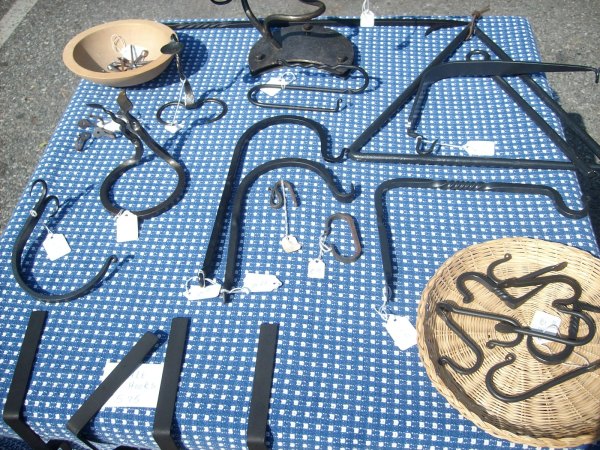 Sutlers were there with all sorts of every day things that people needed too. 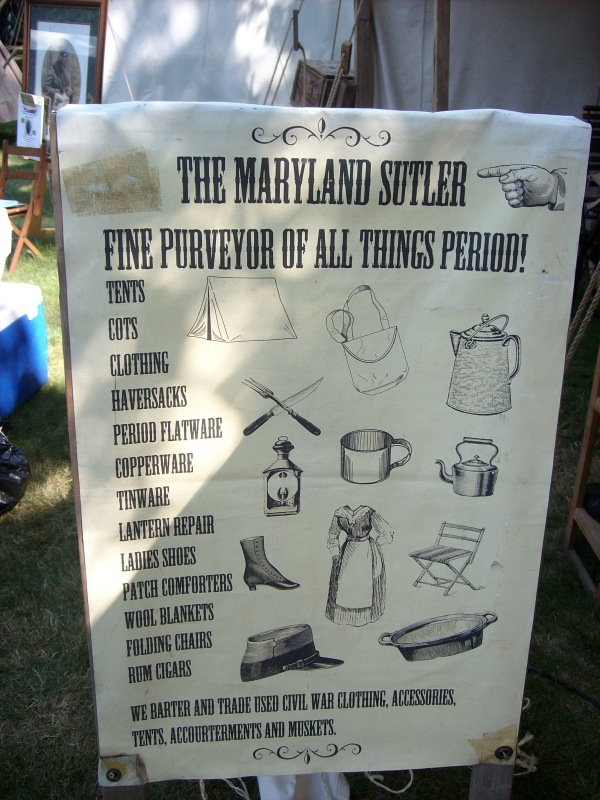 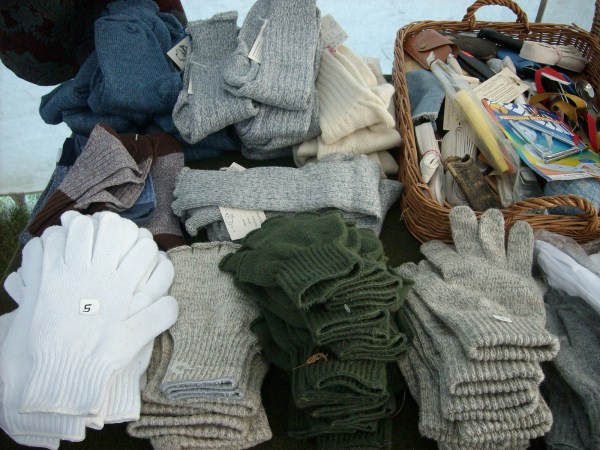 This year’s weekend events  will be held June 24-26. There are activities all week long, as well. Check March to Destiny’s web site for a full schedule.  http://www.marchtodestiny.org/  And while you’re down town, don’t forget to check out one of my favorite places, Shippensburg Historical Society.  http://www.shippensburghistory.org/