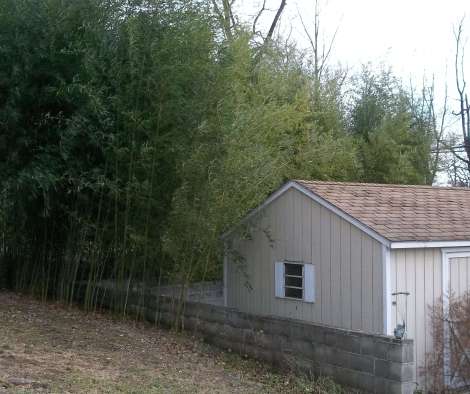 Now there is grass. 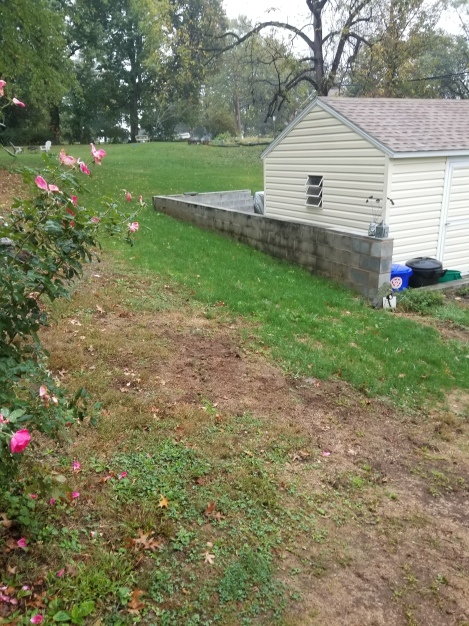 The saga of the bamboo problems has been difficult and gone on throughout  the summer.  I wrote an early blog about the birds in the bamboo, which was the beginning of the problem. https://sarasinart.net/2017/05/03/bamboo-er-bird-issues/

Then I wrote another one about further steps to solve the bamboo problem and other summer challenges this year. https://sarasinart.net/2017/08/03/groundhogs-and-bamboo-and-squash-bugs-oh-my/

Now that area has been planted in grass.  But there were 3 large areas where they couldn’t remove all the bamboo roots for various reasons: mostly too close to mature trees to be able to dig around there.

So now there’s a large area beside the new grass (and 2 other places) that has small (close to the surface) bamboo roots and I’ve been trying to kill it off.  The new grass is getting watered with the garden hose because  we have had a dry spell here, and the area beside it is not getting watered since it’s polluted with shallow bamboo roots.  All the shallow roots in those places are sending up leaves, trying to get a start on growing better next year. 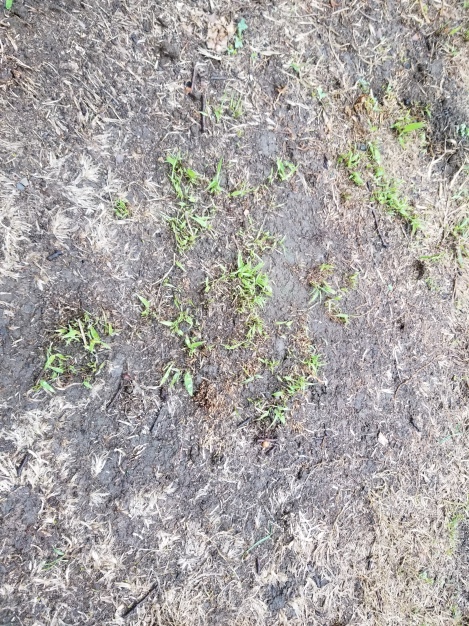 I’ve tried spraying it with full strength Roundup.  That kills the leaves (and the grass around it) for maybe 2 weeks, and then the leaves shoot up again.  I’ve cut the leaves  off at and below the surface.  New leaves shoot up again in 2 days.  Seriously, 2 days.  This stuff is an amazing plant.  I wish my vegetables were so persistent; I’d set up a road side veggie stand, lol.

So all that I’ve been doing is not doing anything at all.  That’s because the roots are so amazing, and nothing I’ve been doing has affected the healthy roots below the surface.

Now I have begun to dig those shallow roots up. By hand, with a shovel and a garden weasel. They are only 3″ or so down, but when you expose some of them, the roots are like a spider’s web. There’s a lot to dig, and it’s hard work, but getting rid of the roots is the only way to not have a bamboo invasion again next spring.

Well, somebody suggested one other sure way to get rid of the bamboo problems, but it’s not an option. He said to sell the property and move away!

If you ever considered planting bamboo, and having a fascinating plant, and enjoying seeing it swaying in the wind and laying down under the snow…….do yourself a favor for 15 years from now……don’t.  Just don’t.