Blue Hopi corn, to be exact.  The seeds were given to me last year by a dear lady who has since passed away.  Her family had been growing this corn for several generations.  The Hopi Native Americans in Arizona have grown it for centuries. This corn is always left to go dry and then ground for blue corn meal. 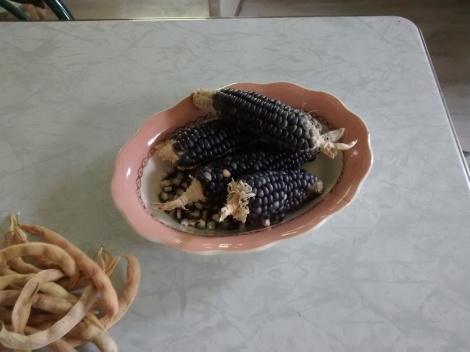 I grew some, not enough, and might grow some more.  If I can grind it small enough to actually get corn meal.

So  I got on a run to figure some things out, and make some corn bread. It’s good to try new things, and learn new things. And at some point I might actually make blue corn bread!

I had never made corn bread from scratch before, so there was one learning experience.  I found what I thought was a good recipe, cos sadly, I never got my friend’s recipe for her blue corn bread. Then I thought: I should have some fun and a lot of learning experiences at the same time, by doing things in some old ways.

So I bought an old cast iron corn stick pan.  Corn sticks are more fun that squares of corn bread, right?  Course cast iron is not always fun, and it turns out there is a technique for getting the corn sticks out of the pan, more than preheating and buttering the pan. That’s a technique I’m still working on, lol.

I have an old hand mixer and one of my grandmother’s mixing bowls, probably older than me, and that’s old.  🙂

So I mixed up the recipe and made corn bread sticks.  This is a little blurry and I didn’t realize that till I had already removed them from the pan. 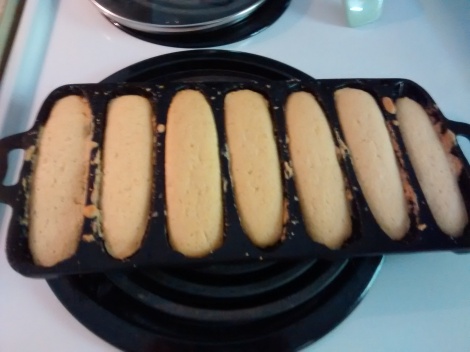 Going back to old ways is fun and an adventure sometimes.  I don’t have the old wood burning stove like they did years ago; electric will have to do.  But it was neat to do a lot of this the way it was done years ago, and I learned a lot.  I’ll be making more corn bread, whether it’s blue or not. And I’ll eat some of this for supper with some Lima beans and cantaloupe, both of which I grew in the garden.

PS.  Ground the small amount of Hopi corn I grew, and now I do actually have blue corn meal.  Maybe I will grow more of the corn next year………….. 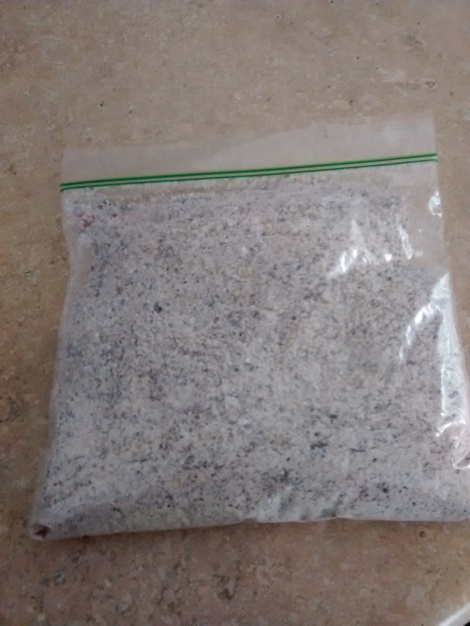 4 responses to “It all started with blue corn”